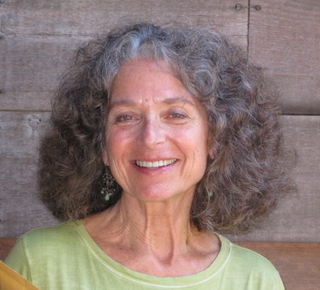 Doris Ober was born in New York City in 1944, and detoured through the southwest in the 1960s on her way to the San Francisco Bay Area. She attended Texas Western College and Syracuse University.

She has been an author’s collaborator and independent editor since the 1980s, providing manuscript evaluations and consultations, and editing from light to extensive for fiction and non-fiction. For non-fiction only, she offers book proposals and full collaborations, ghostwritten or with cover credit. She is also managing editor of the West Marin Review, a literary and art journal published by Point Reyes Books and friends and neighbors in West Marin's rural community.

Doris lives in Point Reyes Station, California, with her husband Richard and a llama named Quentin. Her memoirs, The Alzeimer's Years: A Mother and Daughter Reunion, and The Dogtown Chronicles: Our Life and Times with Sheep, Goats, Llamas, and Other Creatures are available at Marin county independent book stores, as well as on Amazon.com and Kindle.

Jim Holliday was my first client and The World Rushed In: The California Gold Rush Experience (Simon & Schuster, 1981) the first book I ever worked on, brazenly line editing, making substantial cuts, offering steadfast encouragement. In its twelfth printing it's considered the definitive text on the subject.

I was Randy Shilts’s editor for And The Band Played On: Politics, People and the AIDS Epidemic (1987), and then Conduct Unbecoming: The Homosexual Subculture in the U.S. Military (1993), both national best sellers (both St. Martin’s Press). Both required very heavy line editing and considerable cutting. The Band was over 1200 manuscript pages, and Conduct approximately 2000 pages long. I reduced both by almost 25 percent. Working from his hospital room a month before he died, Randy and I revised the end of Conduct Unbecoming for the paperback book, updating it and adding an epilogue.

Former book editor for the San Francisco Chronicle, now on-line book scene commentator on Northern California and beyond (holtuncensored.com), Pat Holt asked me to read her book, The Bug in the Martini Olive (Little Brown, 1991), for problems and to apply a final polish. The manuscript was so clean there was almost nothing to do, and yet she acknowledged me: "Doris Ober...perhaps the most fastidious and compassionate manuscript consultant I know...."

HJ Kramer Inc. published Simple is Powerful, Anecdotes for a Complex World (1992) by Michael J. Roads, an Australian naturalist. I did heavy line editing on the final draft and copy edited for the publisher. I never met the author in person, but at the end of the project he wrote to me, "I think what defines excellent editing for me is when the editor is so unobtrusive that despite a large input, the result is even more exactly what the author intended to say. You did exactly this."

I worked with Winnie Smith on her memoir, American Daughter Gone to War: On the Front Lines with an Army Nurse in Vietnam, published in 1992 by William Morrow and Co. The New York Times Book Review wrote of this emotional story, "Vivid and unrelentingly painful, it is a book you want to put down——but can’t."

On her publisher’s recommendation, I did an early formative consultation consisting of a lengthy written critique and a long meeting with Judith Wallerstein and her collaborator, Sandra Blakeslee, on their best seller, The Good Marriage (Ticknor & Fields, 1995).

Abbas Milani’s book, Tales of Two Cities, A Persian Memoir (Mage Publishers) was published in 1996. Kirkus called it "a breathtaking example of the quiet, selfless gorgeousness of the memoirist’s art." I helped Abbas with his final draft, line-editing for polish and to eliminate the academician’s tendency sometimes to intellectualize rather than remember.

In 1998, Terry Ryan asked me to read the first hundred pages of a ms. called "Stealing Home," which turned into the best selling Prize Winner of Defiance, Ohio: How My Mother Raised Ten Kids on Twenty-five Words or Less (Simon & Schuster, 2001). Terry called me again near the end of her work on the book to read the final draft and discuss the publisher's editorial suggestions. The movie stars Julianne Moore and Woody Harrelson.

Attorneys Richard Zitrin and Carol Langford used me to judge whether their arguments were accessible to the lay reader, and for a some line editing in The Moral Compass of the American Lawyer: Truth, Justice, Power, and Greed (Ballantine 1999).

Repeat customers:
Dr. Ellen Kirschman’s I Love a Cop: What Police Families Need to Know (1997) and I Love a Firefighter (2004) are proving tremendously successful for Guilford Press. I helped Ellen with her book proposals and chapter-by-chapter through both manuscripts.

Prince Charming Isn’t Coming: How Women Get Smart About Money (Viking, 1997), Secrets of Six-Figure Women, (Simon & Schuster, 2002), and in 2006, Overcoming Underearning (HarperCollins) by Barbara Stanny. I helped the author restructure and refine the first manuscript, and we worked together from the beginning on the second and third books.

Psychiatrist and business consultant Pierre Mornell’s 45 Effective Ways for Hiring Smart: How to Predict Winners and Losers in the Incredibly Expensive People-Reading Game (Ten Speed, 1998) was a surprise success for the publisher. They published his follow up book, Games Companies Play, in 2000. My work on both books consisted of very heavy editing for logic and language.

I’ve only featured books of non-fiction in this review of editorial work, but I also assist novelists with line editing, or as a consultant offering advice on truth of characters, sets, and plot, as well as on character and plot development, dialog and narrative styles, points of view, and pacing.

I also collaborate with authors:
In 1984 William M. Brinton launched his publishing house, Mercury House Incorporated, with the publication of The Alaska Deception, a Cold War political thriller on which we had collaborated the previous year. Some years later, Mercury House put me together with authors Charles and Caroline Muir to write Tantra, The Art of Conscious Loving, which was published in 1989. The book is still in print.

In 1994 the University of Texas Press published Covarrubias, a biography I wrote with first-time author Adriana Williams. The San Francisco Chronicle said of it, "[T]his beautiful biography, chockful of rare photographs and bulging with quotes and excerpts, brings this gifted artist and his dancer wife...back to life in splendid form."

I was Cindy Spring’s and Charlie Garfield’s writer on a book about AIDS caregiving, Sometimes My Heart Goes Numb, Love and Service in a Time of AIDS. Garfield was founder of the Shanti Project, a peer counseling group that is the model for hundreds of similar help-groups here and abroad. Jossey-Bass was the publisher in 1995.

In the same year, Richard Kirschman and I collaborated on Thousands of Words You Already Know in Spanish (Miles de Palabras que Usted Ya Conoce en Inglés), a reference book to complement any Spanish/English language course.

I collaborated with Sukie Miller, Ph.D. (from proposal to finished manuscript) on the book Finding Hope When A Child Dies, (Simon & Schuster, 1999). The book is a cross-cultural look at belief systems that offer explanations for why children die and what they experience after death. Paperback published in 2002.

Also in paper as of 2002 is the book I wrote with "brand strategist" Robin Fisher Roffer, Make a Name for Yourself: The Eight Steps to Becoming an Unforgettable Brand in Your Business, in which she adapts well-established marketing principles to help women build successful careers. I wrote the proposal that Broadway Books won in auction, outbidding six other publishers. The hardcover was released in Winter 2000.

For a political group called People's Lobby, I wrote a biography, Ordinary People Doing the Extraordinary: The Story of Ed and Joyce Koupal and the Initiative Process, with Dwayne Hunn (People's Lobby, 2002).

And with Judith Shaw, Trans Fats: The Hidden Killer in Our Food, from proposal to revised ms., published in 2004 with Pocket Books.